Which one do you prefer? The original or the remake? Let us know in the comments!! And don't forget to put a thumb up and subscribe if you enjoyed the video!
Shooter is a 2007 American conspiracy action thriller film directed by Antoine Fuqua based on the novel Point of Impact by Stephen Hunter. The film follows Force Recon veteran Bob Lee Swagger (Mark Wahlberg), who is framed for murder by a rogue secret private military company unit. The film also stars Michael Peña, Danny Glover, Kate Mara, Levon Helm, and Ned Beatty and was released in the United States on March 23, 2007.
Some years later, an American television drama series based on the 2007 film of the same name and the novel Point of Impact by Stephen Hunter, was broadcast on Netflix. The show stars Ryan Phillippe in the lead role of Bob Lee Swagger, an expert marksman living in exile who is coaxed back into action after learning of a plot to kill the president.
These scenes are the most distinctive in the saga, depicting the sniper literally shooting the arm of the kidnapper off.
I do not own the copyrights of the videos, with the only exception of the soundtrack "The Animal in Me".

I prefer the shooter

if it's do exactly the same as the movie, what the FUCK is the point of the serie....

No wonder he not hitting, using a nf scope

The series is better. One word, Solotov.

the ending of shooter was so sad :( but was still an excellent series

Series always suck because they are series, whatever story you want told can be told much faster and cooler in a movie, series just try to fill up the minutes for no reason

What is going on

Both full of actors and actresses that despise republicans and gun owners. It’s a laugh when you think about it, because particularly in the series, the Swagger Squad on the surface looks pretty conservative. It’s only when you start looking at the show closer that you realize that they’re really just delivering an anti-conservative agenda. The whole thing about controlling the Supreme Court and the rich white guys being the enemy...yeah, not hard to miss. Too bad, because I thought the kid (Mary) was great and at times, the other leads were as well. Pretty tired of people playing parts who don’t actually back those positions in real life. Wanna play a 2a supporting patriot on TV? You should be one in real life. Wanna play a SEAL like Chris Kyle? You better stand for what he did, not support gun bans. Both the series and the movie had potential. They got dragged through the mud by the writers though, who had to put their own ideologies into them

The movie is better. Anyone that disagrees needs a fucking crow bar to the face

what is the name of this woman?

Shooter 2018 was MUCH BETTER

Why not make the trap bullet the first bullet or even replace them all and why wouldn't the guy with the shotgun immediately shoot the chick after something went wrong?

The pilot and second episode for the series was a shortend down version of the what the full movie virtually, with a few exceptions lol

The series was good in places but did get very slow and a bit boring at times.although the season 3 finale was really good

The last shot! The bad guy forgot to tell them he put a dead man on it ( you know where if he was hit and fell it would pull the trigger amyway ) ! Movies are so fake ! But one thing you didnt see was one of those giant 50.cal on top of a mountain ! ( on the skyline is the last place any sniper or soldeir would set up ) !

I prefer original the remake look so lame .

the shooter in tv is not good and i tell why..bcos you cant risk the life of people missing and missing

The movie was good, I still haven't got round to the series... Maybe one day. Also haven't watched GOT or breaking bad... So behind on TV lol

Why shotgun has tape

Why is every tv series with potential utter shit filled with so much filler that nothing ever fucking happens? Shooter Terminator SCC Terra Nova Extant

Why didn't he put it in the 1st round instead of the 3rd one of 5 to blow his chin off earlier? Fucking nonsense.

Guys what name The movies ?

the movie is pure Tension, that series is more like naaah. Even though it is more accurate.

Okay who the fuck was supposed to be shooting who?

More hollywood bullshit, another generation of fucked up americans

The movie was awesome,never seen the series but that what im looking at looks like a c - low budget trash movie/series

One of the shittiest films about sharpshooters ever.

Didn't know they made a series

Worth buying the season. Much violence?

Is the sniper Christen bale?? Plz let me know

I loved the series

Thought it said school vs shooter

I only saw a few episodes of the series but I just re-watched the film last night and, except for the woman in the film, the series seemed far better. The movie was working largely under a cerebral vacuum.

I loved both the film and the series, too many complain about poor acting, just watch the dam program 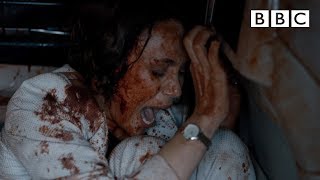 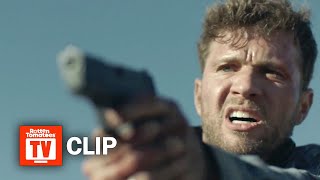 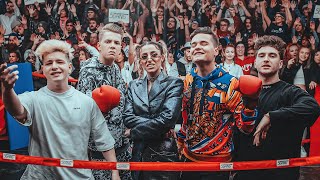 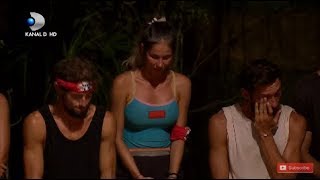